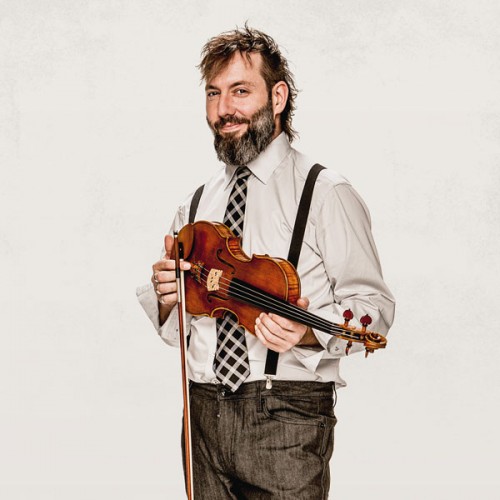 Trained as a violinist and also a solid guitarist, Olivier started out in chamber music and later moved on to jazz. His great versatility allowed him to work with a wide range of artists (La Bottine Souriante, Michel Faubert, The Bills, Dany Bédar, Boom Desjardins, Les Ours, Mario Pelchat, Ovo) as well as to compose music for the NFB and commercials. He now describes himself as a violoneux (fiddler), having devoted the past ten years of his life to traditional music. He has played with MontcorbieR, was part of the duo Boulerice-Demers (two albums, among which Un peu d’ci, un peu d’ça, rewarded as Canada’s best traditional music album for 2006) and has been very active in promoting the tradition as co-founder of La Veillée de l’avant-veille, Roues et Archets record label and as co-organiser of the Chants de Vielles festival in Québec.