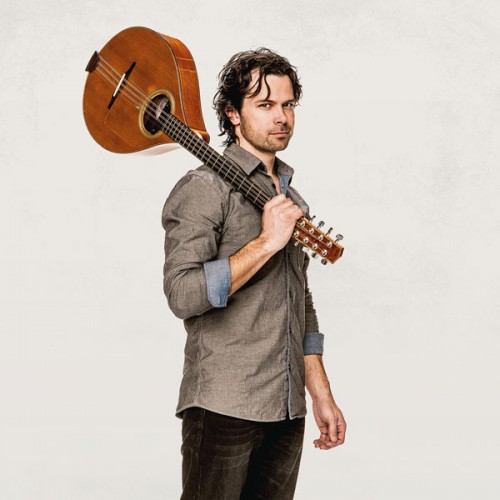 Hailing from Saint-Côme, Québec, an environment where tradition is still very much alive. Simon inherited a solid family musical background from both his grandfathers (one a fiddler, the other a singer) and went on to polish his craft by earning a music degree at Joliette College. He started out by performing, as a solo artist and in a duo with his brother Éric, traditional repertoire and songs from the great québecois songwriters in many cafes around his hometown. Later on, he accompanied the “Petits pas jacadiens” dance troupe of Saint-Jacques-de-Montcalm before joining Le Vent du Nord, with whom he now travels the world, displaying his sweet voice and his rich, personal guitar & bouzouki playing.