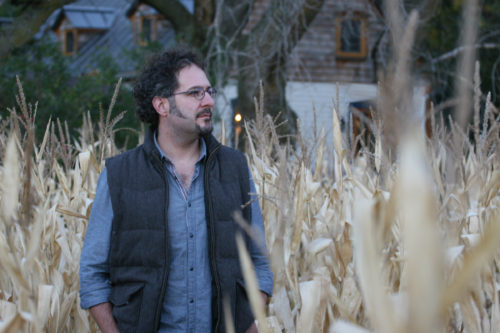 He grew up with the family repertoire and the songs collected by his father. His passion for traditional music led him to Ireland and France, where he learned to play the hurdy-gurdy. A young, talented and charismatic musician, Nicolas has been roaming the folk circuit for the last ten years, starting out with Ad vielle que Pourra and MontcorbieR. Alongside Olivier Demers, he then recorded the album Le vent du nord est toujours fret… , which was the genesis of Le Vent du Nord. He has also worked alongside several other artists such as the jazz septet Ovo, Les Batinses, Dobacaracol, Les Zapartistes, Benoit Charest and Michel Faubert. He is co-founder & co-organiser of La Veillée de l’avant-Veille (major dance night event in Montreal since 15 years), and also of the Chants de Vielles festival in Québec.