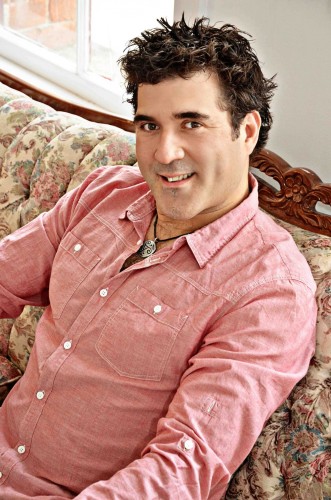 Composer, singer and stringed multi-instrumentalist Pascal Miousse is one of the most accomplished guitarists and fiddle players of his generation.

Equally adept on the fiddle and lead guitar, he is a powerhouse of melodic improvisation and sheer energy, engaging listeners with his unforgettable musical presence. His unique fiddle bowing swing is rooted in the fiddle style of his native Magdalen Islands, but Miousse brings to it a contemporary mastery in approach and execution.

The son of a Magdalen Island guitarist, Pascal’s home was a common meeting place for traditional musicians. After mastering classical and native musical traditions at an early age, Pascal traveled from his remote island, to the mainland, in search of other music forms. Soon after he was touring as a multi-instrumentalist and singer in various national Canadian acts encompassing a wide array of genres – from traditional folk, swing, rock, soul and blues.

A seasoned touring musician, two decades of diverse international performances has led Pascal to over ten countries, three continents and countless festivals and venues. In addition to performing with Vishtèn, he has shared stages and recorded with many renowned artists. His music has been showcased most recently in the Québécois biopic on Louis Cyr.